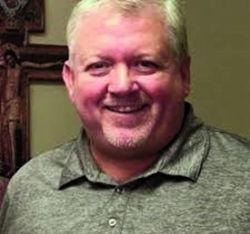 The Lord Speaks Through Dreams

Tweet
In her book, Birthing the Miraculous, Heidi Baker tells the story of a man from Georgia, whose name was David, who had offered his services to help drill for water in remote areas of Mozambique, Africa. Heidi and her husband have been Christian missionaries in Mozambique for more than 30 years and at this period in their ministry, they had two different drills that had been sitting unused for 2 years because other engineers had told them that it would not be possible to use them to make wells for these remote villages. David had shown up on the scene and assured her that he could do this. So, they gave him a shot. A few days later, David was talking about a miracle and they had their first clean drinking water from a well to offer to these poor people. It was at this point, that David told Heidi and her husband that he had to tell them the REAL STORY.

He began by telling them that he had never finished high school but had had drilling experience, but not drilling for wells. He told them that God had given him a dream. God had inspired him with a vision of going to Africa to drill wells and to provide people with fresh, clean water. Here he was in Georgia, with no formal engineering education, but he believed that God was calling him to go to Africa and, so, he obeyed Him. Despite the fact that two qualified engineers had told Heidi that it could not be done, David’s obedience of faith allowed God to work through him. St. Paul talked about such an obedience of faith in today’s second reading. This obedience of faith calls us outside of our comfort zones, fills us with a spirit of adventure and makes us lean heavily upon God’s providence. David was a Christian man who believed that God could talk to him through a dream and call him to a destiny greater than he could imagine.

Here is another recent story of a dream, one that changed the life of a man named Hanif, a Muslim sheikh and leader in his community. Hanif wrestled with many questions in his heart regarding the suffering of people, his ability to know God and His plan for his life, and how he could lead others to greater mercy and love. One night, Hanif suddenly woke up from a vivid dream in which a graceful and handsome man had invited Hanif to serve him and to know him better. Hanif asked the man’s name and he told him that it was Isa al Masih, which is the Quranic term for Jesus the Christ. Jesus told him in this dream that if he obeyed him, he would succeed in what he longed for in life. Hanif asked what he needed to do. Jesus told him to go to this tree atop a hill next to a busy road and showed him the face of the man who would answer all his questions.

Hanif knew this spot that was not far from his house and, as it was almost daybreak, he rushed out the door so as not to miss this man. He waited there all day until it was past sunset and he could barely see. But, finally, he saw the face of the man that Jesus had showed him. The man’s name was Wafi and he was a missionary disciple of the Lord. Still, when Hanif approached him, he did not know him and was tired from a long day of travel. However, after Hanif had explained that Isa al Masih had showed him his face in a dream the night before, he could not refuse and spent the next few days with Hanif and his wife. By the end of those days, the couple became Christian and would go on to plant many churches throughout their country despite the risks and dangers. Only after Wafi had left the couple did he remember that he himself had had a dream in which God had told him that he was going to give him a sheikh! Sheikh Hanif, in his obedience of faith, had gone out of his comfort zone, stood waiting an entire day and was rewarded with the adventure of a lifetime.

Finally, in today’s Gospel, we heard of another dream that God gave Joseph, the husband of Mary. Remember, that in the custom of the time, a man and woman would marry, but not live together right away. Joseph was understandably confused by his wife’s pregnancy and was afraid of all the implications of having her come into his home. In his dream, Joseph was assured that Mary was pregnant by the Spirit of the Lord and the Gospel even quoted the prophecy from Isaiah that a “virgin” would conceive. He was told not to be afraid to welcome her and her son into his home. More than this, he was to take the role of the father in naming this boy, Jesus. All this — in an obedience of faith — Joseph did.

Like the other men who had dreams, Joseph did what he was told to do. Notice, that, like the others, he FIRST had to believe that God could speak to him through a dream. In fact, he had to believe so strongly that he would follow through and put his belief into action. These three men — a Christian, a Muslim and a Jew — had to go outside their comfort zones to allow God to enter more fully into their lives, their hearts and their homes.

My brothers and sisters, as we prepare to welcome Jesus once again into our hearts and homes this Christmas season, let us ask the Lord to reveal to US through words, through images or even through dreams, how it is that WE can allow Him to enter more fully into our lives so that we can begin a new chapter or adventure with God. If we ask this of the Lord with perseverance and sincerity of heart, He will answer us as he did for David, Hanif and Joseph.

And, who knows? We just might be surprised.
© 2021 St. Matthew Cathedral | All Rights Reserved | Site Build by thewebdoodler